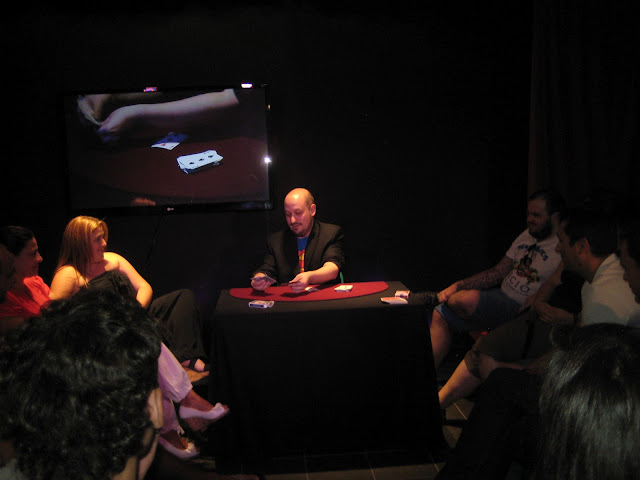 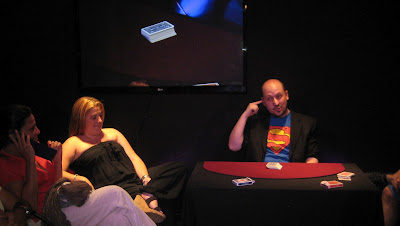 This is a video of an old-old-very-old performance of "The Card Puzzle", one of the tricks recently released by the Essential Magic Collection. It's in spanish, but I think everybody can understand the effect.


You can check the new version in almost every magic shop, for instance in: http://www.penguinmagic.com/p/S14594
Posted by Woody Aragón at 12:51 AM 1 comment:

Well, we're working hard to have a great DVD set (when I say "we're" probably I should say "Luis de Matos team are"  :) ). The release date is at the end of August, so, perhaps some modification can be done, but I can share with you the most probable table of contents.

A lot of people is asking me about how much stuff is also in "A book in english". You'll see that, probably, a 40%. I don't want to be repetitive, but I think a DVD is a good way to show you those tricks in which I think the way to perform can be important, and, of course, the moves in action.

- A trick for you: Explanation and talk

Well, finally, after two years without free space between projects and works, I'm enjoying 15 days I reserved in my schedule for vacations. We need it! Maricarmen and me, after running "Teatro Encantado", we spend 28h daily on work. No time for almost anything, so, now, we'll relax some days, some little trip, meet good friends we don't see for too much time, some good food, and lots of laughs. These are our main goal for two weeks.

I'll use part of this "free" time to write some post in this blog. I have a lot of good experiences since my stay in New York that I'll love to tell you: Philadelphia, FISM in Blackpool, EMC in Portugal...

Also I have some new products in the market: The Card Puzzle y The Bumblebees. And my "WoodyLand" set of DVDs will be released at the end of this month. And, the next 24 august I start a new show with Teatro Encantado but NOT in the Teatro Encantado! We're working in something very very special!! So, a lot of things to talk about!

Here is! The promised video in the 4F convention. Thank you very much to Meir Yedid for their kindly words.

Posted by Woody Aragón at 6:16 AM No comments:

The last week I’ve spending a great time in the USA. Wednesday 25 I traveled to Batavia, in Buffalo, to be part for 4th time in the FFFF convention. I can say it was my “Fourth Four Fs”!
I had the opportunity to share some magic with friends with I don’t met for some time: Eric Jones, Shawn Farquhar, Kim Huynjoon, Mike Chao, Marc de Souza, Geoff Williams, Paul Critelli, Bebel and, of course, Hector Mancha!… A lot of great magicians there.
4F has great galas and shows, and we’ve seen some incredible stuff this year. My favorites were the act that Boris Wild presented for first time and the incredible routines of Denis Behr (with a surprising poker deal that catch me out!).
I presented my “routined spelling”, and It was so funny: I usually spell a matching card as “IDENTICAL”, sometimes “MATCHING”, but when I asked to Steve Beam how he spelled this cards he simply said “MATE”… four letters!!  But I made the trick work anyway! Hector filmed the routine, so, if I can upload it, I’ll share with you soon. 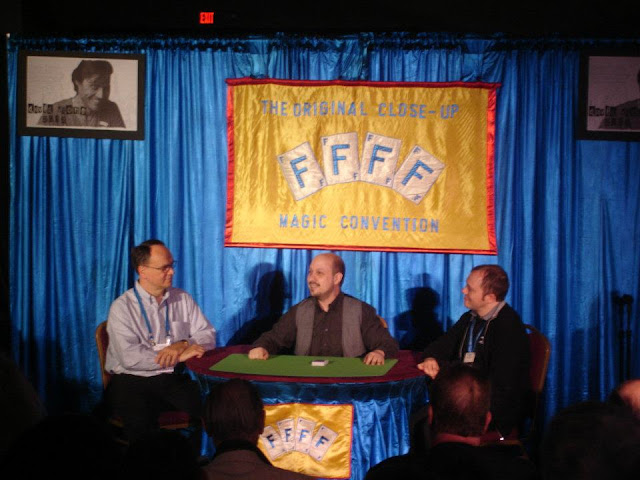 But in my opinion, the best magic in 4F happens in the tables of the hall and the hospitality room, at night, after the official schedule. It was great session there!
The Sunday 29 Hector and me traveled together to New York, when I had a lecture in Tannen’s, but, as I had some free days we used to see some shows (the recent release “Leap of Faith” and the wonderful-outstanding “Newsies”… yes, I love musical theatre, and I love Alan Menken as composer!) and, also, to share magic with some friends.
My friends Michael Six and Xavior Spade (and his girlfriend) pick us to dinner in the classical “Grimaldi’s” (the say “best pizza in New York”) and later we meet with other two magicians Mark Calabrese and John B. Born, and we share magic almost all night. And it was great!! I knew how talented Six is, but all of them they’re very good magicians. I enjoyed a lot wathing magic on “high standars”.
But next day was even better. We met Eric deCamps to spend the day and he did almost a private one-man-show for us! And everything was wonderful. Every detail, every move, it was perfectly done. It was a pleasure and an honor!!
Yestarday I did my lecture in Tannen’s and it looks it was a big success! Almost 50 attendants, 3 hours lecturing, and very good reactions. Even I sold, with some copies of my book, some of the limited run of “Woody-Toon” deck! It was great and I enjoyed a lot. 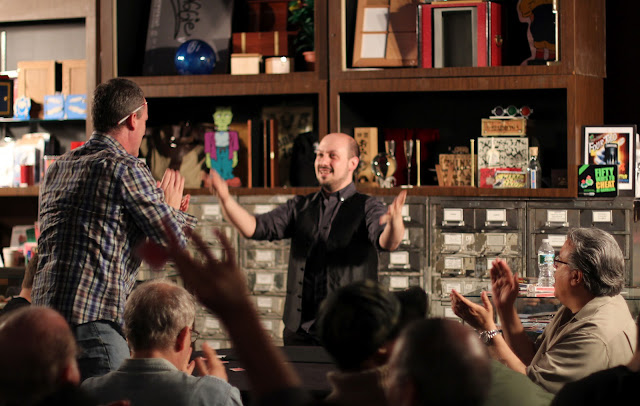 Now, I’m in a train, leaving New York and destination Baltimore, when I will do another lecture tonight. I’ll tell you soon about it!!
Posted by Woody Aragón at 12:55 AM 3 comments:

A trick published in "A Book in English", performed 6 years ago. Erdnase!


Posted by Woody Aragón at 4:52 AM No comments:

Last months were a little crazies, with tons of work. I've been performing, lecturing and teaching constantly, but there are two main points in which I worked 200%

Some of the best spanish close up magicians and me, we're on a project named "Teatro Encantado" (Haunted Theatre). A little room specially designed for close-up shows. Take a look at the web page http://www.teatroencantado.com/ and you'll find some familiar faces.

The other project has been my 4 dvd set named "WoodyLand" that I shoot with Luis de Matos and the people of Studio 33 in Portugal. What a wonderful team!! It has been a hard job but I enjoyed it a lot and, I hope, you'll find fine the result in some months (I'll keep you in touch with the release date!). 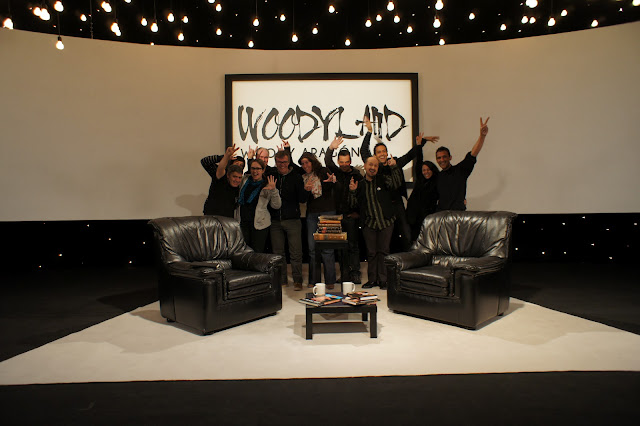 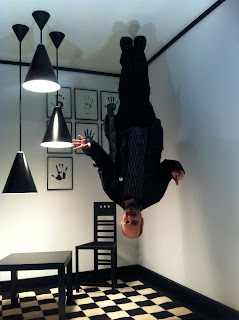 Un abrazo amigos!
Posted by Woody Aragón at 5:09 AM 3 comments:

Posted by Woody Aragón at 1:44 AM No comments: